This post is a sort of confession, I suppose; a stream of consciousness, a purge of reflections gathered on the age-old feeling of guilt; this guilt plea, a self-confessed verdict I probably have been carrying for as long as my identity crisis but with a little more drama. Instead of harboring my self-criticism to remain confined in the esoteric corners of my mind, especially that I have been scratching this itch to write about it for weeks now, I am sharing it with the universe in hopes that liberation, enlightenment & guidance can meet me halfway and revert me to that age of innocence I yearn for. Or maybe not.

Guilt, according to the online Merriam Webster dictionary, means:

• feelings of culpability especially for imagined offenses or from a sense of inadequacy : self-reproach

Having lived in a predominantly patriarchal Muslim Arab society for three decades, guilt is planted and harvested carefully into every little action we make or intend to make whether we are male or female. We are supposed to embrace it to allegedly elevate us and makes us pious. I beg to differ on that one but I am not going to focus on the religious adaptions of guilt especially that I am not very religious at the moment. Rather I will subtly highlight how guilt, and its close companion, anger, have sown and reaped its growth in me, controlled, weakened and ultimately guided me for too long.

I read in an article somewhere that anger, shame and guilt are consequences of each other yet not in any particular order. This led me to realize that indeed one can feel guilty and then angry or angry then guilty and in the end nearly always ashamed. I experience that often, but not in any particular order either but once guilt follows, after having been angry frequently, immediately after I would question why I constantly felt guilty about the things I say or do, Recently I came to the conclusion that anger is deeply rooted in my character so much so that I allowed it to control many facets of my social behavior and obviously left some bad lasting impressions on myself and others.

In sleep paralysis it is claimed that a mythical creature of harm sits on the sleeper’s chest while the sleeper, who is normally sleeping on the back when this happens, is stuck between deep sleep and the return to wakefulness as this creature suffocates and gives nightmares to the sleeper with the body completely paralyzed and the mind conscious. Guilt, to me, resembles that, since it does squat and stretch on my chest, day in, day out, plunging me into a state of wakeful paralysis instead and imbedding all sorts of nightmarish ideas, glaring at me, feeding my inner furnace to bellow out flames of anger and impulse annihilating chances for redemption and well, just embarrassing the shit out of myself.

In retrospect, I have been observing, and continue to observe. people and their momentary lapses of guilt and how they display it and handle it. Some people will ignore it un-apologetically and dismiss it, or they would pin the blame on something or someone else to avoid being labeled guilty or bear the responsibility of being ashamed. There are professional guilt trippers who relish in making others feel guilty whenever they can impose it on them. There are others who weasel their way out of it save any morale. There are those who just do the right thing, apologize, feel a little blue and move on. But some people, like myself a professional guilt tripee, dwells on it. But mind you, I too, am guilty of everything I just mentioned above. And because of that I dwell even more. Sometimes I would entertain the thought that I am just another masochist who is self-loathing and enjoys the occasional self-victimized suffering, or maybe I do not, but I still care to admit that possibly because of my personality or the many disappointments in life or where I was raised and taught guilt manifested some sort of complexity within me. I have experienced many types of guilt that developed from my teen years to my current prime that still leave me confused and even close to retarded on how I should deal with my anger and ensuing guilt. It’s like I am asking for it when I hate it the most and when I do apologize to the world it is not enough neither to the world or to myself because I am gladly, directly or not, reminded to reprimand myself, feed and fester this guilt into proportions so deformed that defeat my initial attempt towards a solution.

In further retrospect, my anger has taken me to the places I am not proud of, such as failure to say the right things at the wrong times, being too impulsive and infamous with mood swings, too impatient, too out of a particular tone, too something or the other, not good enough, carrying questionable vibes, being hurtful and damaging figuratively and literally, not taking care of my health, procrastinating, judging, not staying in touch with certain friends and families and a whole bucket of other stuff that is just..shit.

How has guilt become a positive enabler? I am still in the process of filtering my anger out and this guilt that are sewn into my daily existence hanging loud and clear on my sleeve and paying my dues all at the same time. But namely it has kept me grounded and cautious with a guard now higher than I ever hoped it to be in spite of my earlier hopes to just be who I am; a free-spirited, liberated, outspoken, self-loving, loved, appreciated sort of human being; but not now, not for a while. My mistakes and failures remind me of the hard work I need to do if I am yet to partially succeed into becoming the better version of who I wish to be, whether on my own or with the help of those who really care. Being the skeptic that I am towards myself and others, it has taken me tremendous effort to not doubt my own intentions when I mean to be good. And it will take me even more effort to refrain from feeling pereptually guilty or even saying that I am sorry when I actually should not be.

For the first time after years of deliberation and procrastination, I move from the old fashioned pen and paper to display the consequences of my bad decisions, my inflated mixed emotions and my awkward findings on life. View all posts by noramorta 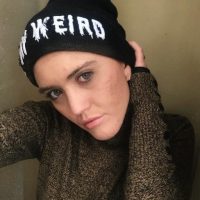 Vedic Astrology brought to you by Ryan Kurczak

online guide for our yoga community

What to do & Where to go in Amman

If my eyes could reflect the things I've seen, nobody would look at me.

I want to be rich. Rich in love, rich in health, rich in laughter, rich in adventure and rich in knowledge. You?

Women: Each One A Survivor

Shit I can't say in public

The latest news on WordPress.com and the WordPress community.

There's No War in World

tammy stone writes: words, images and work dedicated to making a happy space for you and me.

Inner Workings of My Mind

The Art and Craft of Blogging